Primates are relatively young branch of the mammalian clade. Their anatomical characteristics are as follows: 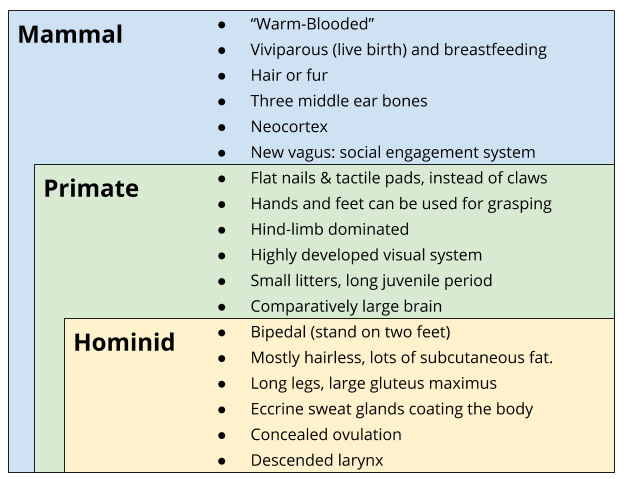 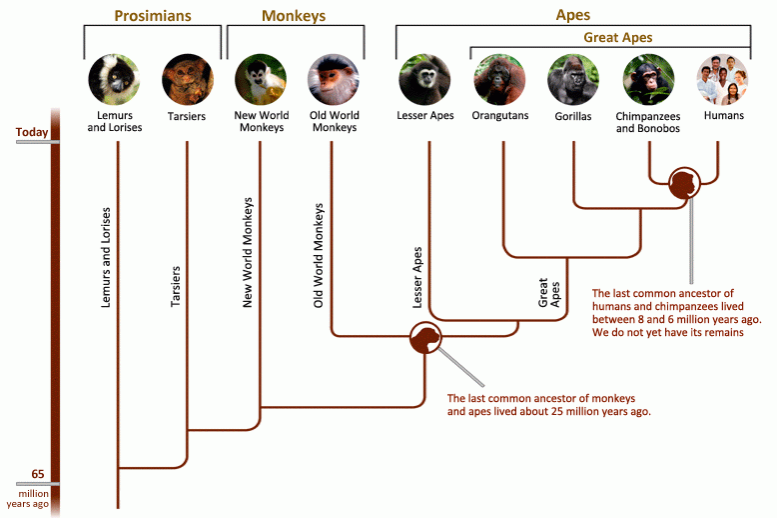 Primates are known for their large brains and a social lifestyle. Today, we will explore the dynamics of primate societies (defined as frequently interacting members of the same species).

Because DNA is creepy, it programs bodies to make more copies of itself. Men and women are programmed with equally strong imperatives for gene replication (reproductive success). But female pregnancy powerfully breaks the symmetry:

It is because of pregnancy that males court females, and females choose males.

For females, paternal care is of tantamount importance: finding a mate willing to share the burden of raising a child. For males, fecundity is key.

We can see echoes of this asymmetry today. In all human cultures observed,

These gender differences arise as a response to the biological mechanism of pregnancy.  These are contingent facts, nothing more. Species with male gestation, such as the seahorse, witness the reversal of such “gender roles”.

From a logical perspective, there are exactly four possible mating systems.

Which mating system is biologically preferable? That depends on your gender:

Most primates are polygynous. Why?

The answer is geographic. To survive, an animal must travel to surrounding land, locating flora or fauna to satisfy its metabolic budget. The amount of land it covers is known as its territory. The more fertile the land, the smaller the territory (less need to travel).

To mate with a female, a male will – of course – enter into that female’s territory. Thus, we can visualize each mating system from the lens of territory:

In turn, female territory size is determined by environmental conditions. If the terrain is sparse, a female must travel further to sustain itself, and vice versa.

The vast majority of primates are group living: they forage & sleep with bisexual groups of at least three adults. They spend most of their waking lives in the presence of one another. In other mammals, such group living is much less common.

Primates (e.g., humans) did not originally choose to live in groups because of their sociality. Predation risk induced group living. Only afterwards did primate brains adapt to this new lifestyle.

Some primates are exceptions to this rule. Two other, rarer, varieties of primate social organizations exist:

Some primates are solitary, foraging on their own. These species tend to be nocturnal. With less predation risk, individuals need not share territory.

Other primates live in pair bonds, a male-female pair. The attachment system is employed by infants to attach to their mothers: monogamous primates redeploy this system to support adult commitment. That said, primate monogamy only occurs when females live in an area that is difficult to defend.

We have seen 4 mating systems, and 3 social organizations. These are not independent:

Fighting is accompanied with risk: the stronger animal could be unlucky, the weaker animal could lose their life. Similar to human warfare, both sides suffer less when the weaker side pre-emptively surrenders. The ability to objectively predict the outcome of a fight is therefore advantageous.

Suppose the need for fight-predictions is frequent, and do not often change (physical strength changes only slowly over an animal’s life). Instead of constantly assessing physical characteristics of your opponent, it is simpler to just remember who you thought was stronger last time. 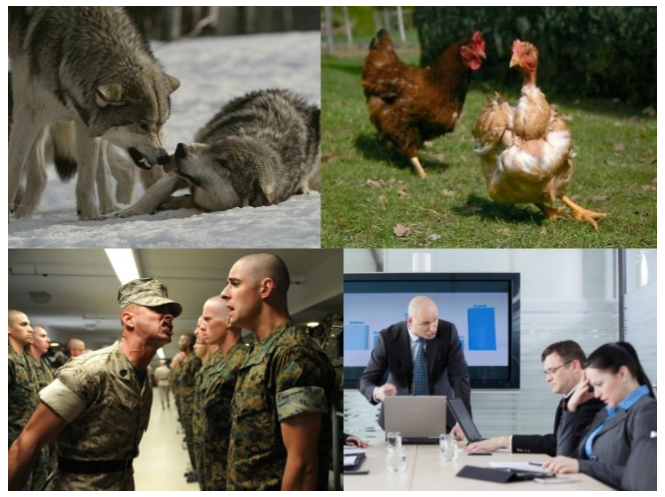 We have explored three aspects of primate societies: mating system, social organization and social structure. Each of these is driven by external, ecological factors.

Primate niches typically feature high predation risk and fertile terrain. These promote female grouping, which in turn attracts males to live with them in groups, under a polygynous mating system.

Primates are unique for successfully living in groups throughout their long lifespan. To support this ability, primate brain volume increased, and came to provide increasingly sophisticated cognitive mechanisms & social structures.

We will explore the evolution of social structure next time. See you then!