“Probability theory is nothing but common sense reduced to calculation.” – Laplace

Probability theory, as formulated by Andrey Kolmogorov in 1925, has two ingredients:

The Kolmogorov axioms provide “rules of behavior” for the residents of probability space:

Random variables with discrete outcomes (countably finite Ω) are known as discrete random variable. We can define probability mass functions (PMFs) such that

We can summarize discrete PMFs and continuous PDFs in the following graphic:

Consider two random variables, A and B ∈ Ω. Several operators may act on these variables, which parallel similar devices in Boolean algebra and set theory. 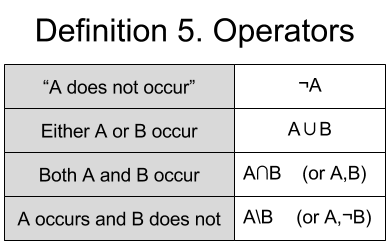 Suppose we want to know the probability of either A or B occurring. For this, we rely on the Set Combination Theorem:

Union involves subtracting the intersection; else the purple region is counted twice. In our post on set theory, we saw this same idea expressed as the inclusion-exclusion principle (Definition 13).

This first post in a two part explored the first six concepts or probability theory. Next time, we will learn about concepts 7-12. 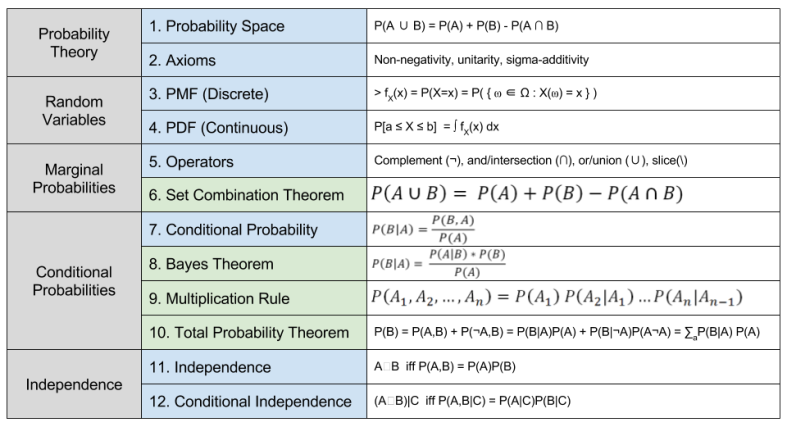 These definitions and theorems are the cornerstone upon which much reasoning are built. It pays to learn them well.